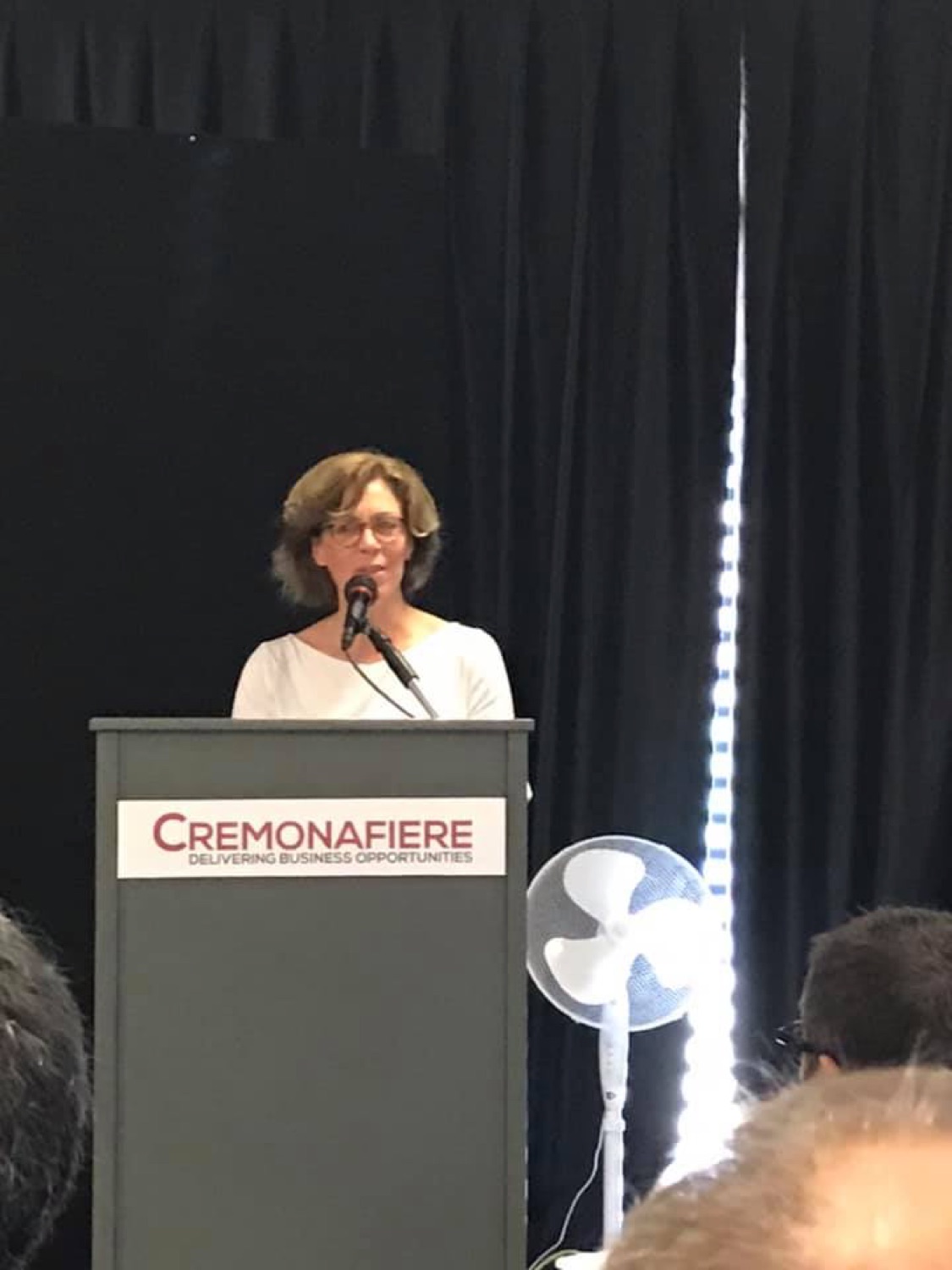 With the increasing diffusion of thematic television channels (such as Stingray Classica, here represented by Cécile Prakken), and the spread of digital video providers, even for classical music the video is the most widespread and effective format for the promotion of artists and repertoire. The attending journalists will discuss the various ways in which classical music can be presented through video, sharing examples of projects carried out by their respective newspapers or channels, or proposing new ideas on the subject.

Every year Cremona Music International Exhibitions is a big happening and  for me, and many other music lovers, an exciting and important experience. It is more than an exhibition, it’s also a festival and well known artists come to Cremona from all over the world.

For three days Cremona Fiere and Cremona City are dedicated to music: music instruments that can be played, obviously many booths of violin bowers and bow makers where you can test the wood, there are stands with the instrument cases, there are editors, concerts, masterclasses and presentations.

More than 300 exposers from 30 countries worldwide, 178 events such as concerts, masterclasses, seminari, 358 artists and participants.

This year there was a special stand called “the Violin of Hope”. The luthier Amnon Weinstein and his son repair Jewish violins that were played during the Holocaust in camps and ghettos. Their voices and spirits live on through the violin that Amnon and his son Avshalom have restored.

Every year some artists are awarded with the Cremona Music Award: this edition 2019 the award was given to Ezio Bosso,  Amnon Weinstein, Salvatore Accardo, the guitarist Paco Peña and clarinettist Richard Stoltzman.

The International Media Lounge is an important part of the Cremona Music Exhibition. Music journalists of different music platforms, representatives of Festivals, Conservatories, Academies and masterclasses, discussing themes, programs and sharing ideas. This year there were several current themes: Classical Music and social media, Best Practices and Innovations in live music Organisations, the Future of Musical Education and as a member of the round table and representative of Stingray Classica channel I was involved in the round table topic Classical Music in video which is a very exciting topic just now that the Stingray Classica App has been launched. Technology is changing our world and bevaviour very fast. Also Classical Music is changing as well. The packaging and distribution of Classical music are completly different in comparison to a few years ago.

Above all the “Millenials” are using new technology and discovering classical music.

It will be a big challenge and opportunity to hook them and to lure them into the theatre or concerthall so that they can feel and experience the emotions of live performances.

The historical violin makers such as Stradivari, Guarneri and the family Amati have become a worldwide brand of Cremona city. The Museum ” Il Museo del Violini” has an incredible collection of historical instruments.

Journalists and guests were invited to visit the Museum and the famous and beautiful concert hall, accompanied by a guide.

Finally, Cremona Fiere offered their guests a cocktail buffet with delicious Italian food and wine in the courtyard of the Museum. The good wether and temperature contributed to the special atmosphere of this event. Italian hospitality never disappointes their guests!

It was great to meet so many people, so many musicians, friends and colleagues.